(Almost) All About Me… 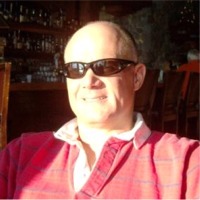 I believe in the power of giving and that those who receive the most are the ones who give the most of themselves.

My favorite quote is by Ralph Waldo Emerson:

“What lies before you and what lies behind you are tiny matters compared to what lies within you.”

I’m the oldest of 3, growing up in a military family. No I’m not an Army brat. My Dad was a Naval officer and we moved every few years. At the time I thought it was the worst possible thing that could happen. Making and loosing friends every few years is tough for a kid at any age. As a teen we moved from San Diego to a suburb of Washington, D.C. and that’s when I realized how fortunate I really was.

How many 13 years olds had lived in Hawaii and Japan, spent 2 weeks on a cruise returning to the United States and sailed under the Golden Gate Bridge at sunrise, rode their bike to the beach for fun on the weekends and visited all the National Parks in the western United States? Not many in suburban Virginia!

As a high school student I excelled in school and entered college to study engineering. I graduated with honors from Case Western Reserve University in Cleveland, OH with a B.S. in Systems Engineering.

I started my corporate career as a Systems Analyst for Procter & Gamble. I had a very successful career with P&G but had a significant emotional event occur at age 40 – my boss told me that I would never get another merit-based raise! Sure, I could try to be all I could be and get promoted into his role, but there was nothing about what he did that interested me. Now What?

The Search Was On…

I’m sorry, but 40 is too young to watch your earning power erode away through the power of inflation. I tried a number of business opportunities while working at P&G – financial services, real estate investing, network marketing (a number of times over) and marketing products on the internet (after all I was an IT professional). Fortunately for me (and you), they all went no where and I was left searching.

My wife has always been a student of success – continuing to search for tools and techniques to help her break through the barriers limiting her results. I never took the time to really investigate them myself – until…

I began watching the DVD “The Secret” with Anita in the fall of 2006. Anita quickly took the next step to enroll in Bob Proctor’s (one of the teachers on the DVD) personal coaching program…

She then signed up to be a business partner of Bob’s to teach his material as a certified LifeSuccess Consultant. Anita’s passion for “The Secret” and Bob’s material interested me and I began asking her questions about what she was going to learn and teach after she was certified. She took me with her on Bob’s cruise in October 2007 and it was then that my eyes were opened. I too wanted to learn and teach Bob’s material to others and enrolled in the LifeSuccess Consulting program myself! WOW – definitely not something I planned to happen when we left for the cruise.

The Heat Was On!

I had to play catch up. Anita has been studying far longer than I had and I wanted to be prepared for the certification in April. I began facilitating Master Mind groups studying Napoleon Hill’s success handbook “Think and Grow Rich“.

We completed the certification in April I began searching for opportunities to build my skills and my audience. Anita invited me to attend an open house for her TV Toastmasters Club and it was there that my television program Cause & Success. After enrolling Anita asked me in front of the station Production Director if I had an idea for a show for public access. Cause & Success was conditionally accepted on the spot and the quest to find an Executive Director was on.

So many things have been placed in front of me since that day because I knew what I wanted and was willing to express it to other people. I’m so grateful for the awareness to make the most of these “opportunities” or “coincidences”.

The Sky’s The Limit…

Obviously you can tell that Anita saw my potential far before I was even aware of it. She has been, and continues to be, a significant influence in my personal and professional development. I’m truly blessed to share my life with her.

When I’m not helping others achieve their goals and dreams or enjoying time with Anita and our 5 cats, I enjoy SCUBA diving, riding roller coasters, snow skiing and driving my 1968 Camaro Convertible. I’m active in Anita’s non-profit Pet Alliance and am enjoying a life I’ve only dreamed.